In 2007, there were 248,300 victims of rape, attempted rape, or sexual violence. (These figures do not include victims 12 years old or younger.)

Every 2 minutes, someone in the U.S. is sexually assaulted.

Here’s the math. According to the U.S. Department of Justice’s National Crime Victimization Survey — the country’s largest and most reliable crime study — there were 248,300 sexual assaults in 2007 (the most recent data available).

Approximately 2/3 of rapes were committed by someone known to the victim.
73% of sexual assaults were perpetrated by a non-stranger.
38% of rapists are a friend or acquaintance.
28% are an intimate.
7% are a relative

More than 50% of all rape/sexual assault incidents were reported by victims to have occured within 1 mile of their home or at their home. 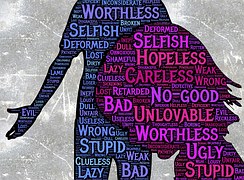 If you have trouble finding people who can support your experience as a survivor, consider joining a support group for survivors.